When it comes to sustainable milk alternatives, there has been a definite surge in popularity over the last few years. But do these vegan kinds of milk actually help the planet when compared to dairy milk? The answer is an absolute yes. But, that said, some non-dairy milk alternatives are more sustainable than others.

But why is dairy milk so bad for the environment? Well, first of all, it’s incredibly water-intensive to produce. In fact, to produce a singular litre of cow’s milk, you’re going to need 1050 L of water on average. Although that pales at the whopping 2350 L of water needed to make a 150 g beef burger, it’s still a huge amount of water.

Alongside water consumption, dairy milk also causes 0.6 kg of greenhouse gas emissions per 200 ml glass. That’s almost three times what any other vegan milk produces. When you factor in how much land is used to keep the cows, you’ve got a serious environmental problem. Across land use, water consumption, and greenhouse gas emissions, dairy milk is the worst environmental offender.

In this article, I’m going to take a look at the top 3 most sustainable milk alternatives. Each one of these takes the cake for a different environmental factor, be it land use, water use, or greenhouse gas emissions. We’re going to be covering soy milk, almond milk, and oat milk. Let’s get into it! 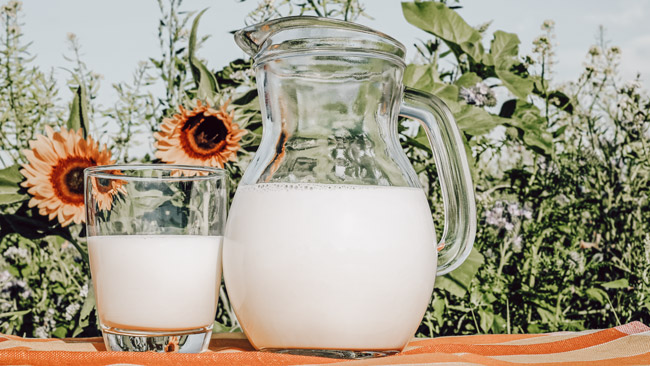 Out of all sustainable milk alternatives, soy is the best for water usage

A study published in the Ecological Indicators journal concluded that soy milk uses the least amount of water to produce. While dairy milk needs 1050 L to produce one litre, soy milk only needs 297 L.

Soy milk also needs only a small amount of land compared to dairy milk. However, one major set back of soy milk is that it is a contributor to deforestation. A large portion of the soybean market is used to feed dairy cows. This leads to deforestation as land is cleared to cultivate soy plants.

One of the best ways you can avoid buying into this practice is to source your soy milk locally. Some brands will offer domestically grown soy milk. Make sure to browse your supermarket and see if you can spot a locally grown label!

According to that same Oxford study, almond milk takes the crown when it comes to low emissions. To produce a 200 ml glass of almond milk, only around 0.14 kg of greenhouse gases will be emitted. That’s over four times less than the 0.60 kg produced by the same amount of dairy milk.

Almond milk also doesn’t take up much land. However, one setback of this non-dairy milk is the amount of water almonds need to grow. Considering that the majority of the world’s almonds come from California where the climate is arid, growing almonds require lots of water.

If you want to produce a 200 ml glass of almond milk, you’re looking at needing 74 L of water. Although still much lower than dairy milk, it is considerably more than soy. 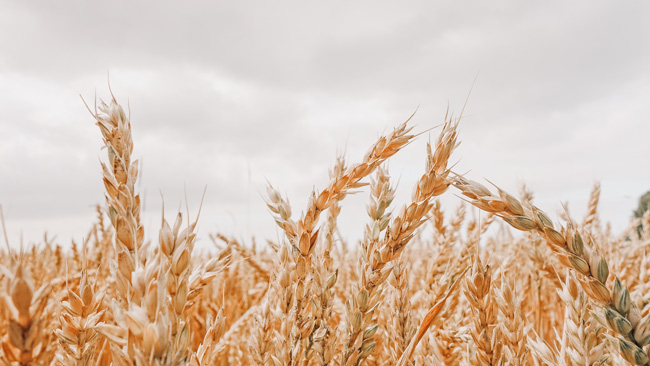 Our favourite pick is oat milk

Coming in at the top of our list is a relatively new milk on the scene – oat milk! While oat isn’t actually the best in any of our three main categories, it is the most consistent across the board. Oat milk only releases 0.18 kg of CO2 per 200 ml glass. That’s the second-best non-dairy milk, coming right behind almond.

However, while almond milk uses 74 L of water to produce a 200 ml glass, oat only uses around 17 L. While second place to soy milk, soy is worse for emissions.

If you’ve already tried embracing a vegan diet or tried sustainable eating, now’s the time to get up to date with some vegan alternatives to milk! Just beating out soy and almond milk on average, oat is the perfect sustainable milk alternative if you’re looking to make a change.

Did you know that oat was the most sustainable milk? Let us know which milk you like best in the comments down below!

The ultimate guide to eco-friendly candles 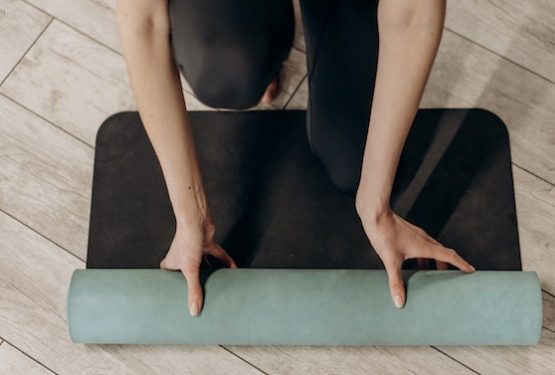