We’ve all seen images of a beach full of plastic waste, or a turtle entangled with 6-pack plastic rings. Whether we see it ourselves or not, the world is in the midst of a plastic pollution crisis. The question is, are we acting quick enough to put an end to the plastic crisis? Let’s look into it. 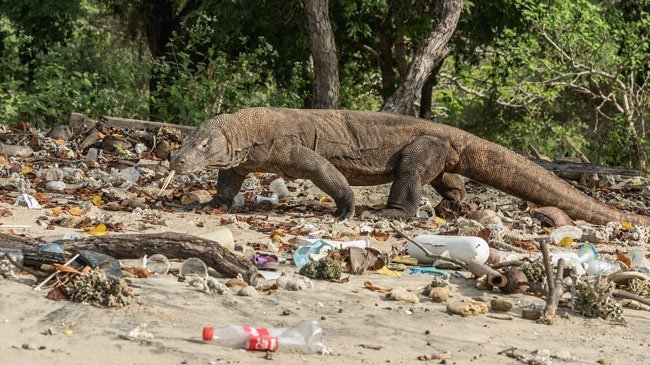 It has become very clear that the world cannot cope with so much plastic garbage. Even the United Nations has been trying to reach international agreements to reduce the plastic waste thrown into our oceans. Last year, the UN celebrated the Fourth session of the Environment Assembly in Nairobi, Kenya. This was an ambitious session, with UN members trying to agree on a resolution calling for phasing out single-use plastic by 2025 and a legally binding treaty on plastic debris.

However, the US used its veto power once again to reject the Assembly’s proposals. With the only support of Saudi Arabia and Cuba, they won concessions to dissolve the resolutions. When everybody else in the room was accepting that plastic pollution needs to be addressed at its roots – production and single-use plastics –, it seemed that the US believes it’s only a matter of waste management. 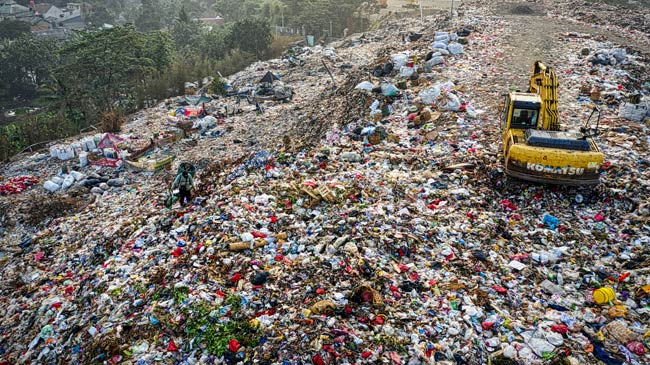 The world’s first fully synthetic plastic was created in 1907 by Leo Baekeland in New York. How have we reached then such a problematic situation in just over a century since plastics were invented? Well, plastics mass production boomed with World War II and increased exponentially thereafter. Global plastics production has gone from 2 million tonnes in 1950 to 381 million tonnes in 2015.

The graphic is quite alarming. Half of all plastics ever manufactured on this planet were made in the last decade. And the key question is: where are all these plastics going? Recycling only started in the ’90s. The proportion of recycled plastics has been growing steadily from 2% in 1990 to 19.5% in 2015. The percentage of incinerated plastics has also grown from 8% in 1990 to 25.5% in 2015.

The graphic above could make us think that the situation is improving since the proportion of recycled plastics is growing. But this would be lying to ourselves. The growth in recycling proportion is linear, whilst the growth in global production is exponential. This means that although total recycled plastics are growing, total disposed plastics are growing much faster. To exemplify this, we’ve created the graphic below with data from Our World in Data:

The trends for recycled and discarded plastics for the last decade are pretty linear and almost parallel to each other. We can see how the 2008 global crisis slowed down the production of plastics. But not enough. There is still a gap of some 135 million tonnes between the two. If we continue business as usual, the gap will never close, and we will continue to throw away more plastics than what we recycle. This shows that continuing to increase the proportion of recycled plastics – waste management – is not enough to tackle the global plastic pollution crisis. In other words, it shows that the US is wrong. We do need to address the problem at its origin – production of plastics and single-use plastics.

When we look at it by industry, packaging alone produced 146 million tonnes in 2015. That is an astonishing 38% of the global production of plastics. Together with the construction industry, the second largest plastic manufacturer, they account for more than half of the world’s plastic production. What’s more interesting is looking at the plastic waste that each sector generates. Whilst construction ‘only’ wastes 13 million tonnes per year, packaging has a yearly waste of 141 million tonnes – almost the same amount they produce. Textiles and consumer products waste 38 and 37 million tonnes per year, respectively. 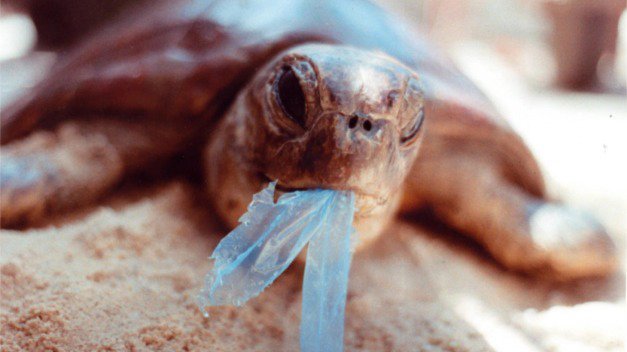 There’s clearly one sector where we should be focusing our pressure on – packaging. It is the sector that produces the most plastic, and also the top polluter. The boost on e-commerce sales has had an impact on this. With more and more brands and businesses joining the digital revolution, packaging has become essential for deliveries. The issue comes when a majority of e-commerce brands, and big online retailers like Amazon, choose the cheapest option for their packaging – plastics. But there are already many alternatives in the market, including biodegradable, recycled cardboard boxes, like the ones we’ve chosen at Bagmaya. There’s nowadays also a full range of innovative biodegradable materials which have similar properties to plastics but are plastic-free, like the ones created by The Compostable Cup Company. 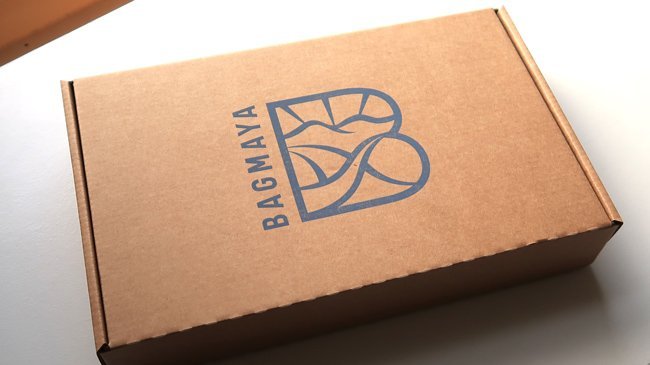 Who are the largest plastic polluters?

Not surprisingly, China and the US are the top plastic waste generators, with 59 and 38 million tonnes of plastic waste generated per year in 2010, according to the World Bank. It may be true that these two countries are the largest contributors to the world’s plastic pollution crisis.

However, it wouldn’t be fair to judge countries on how well they are doing by looking at total numbers. When we analise the plastic waste generation per capita, the picture we see is quite different. At the top of the list, we find Kuwait and Antigua and Barbuda, with 0.686 and 0.660 kg per person per day in 2010. Countries like Germany, Ireland and Netherlands are also in the top 10, with 0.485, 0.430 and 0.424 kg of plastic waste per person per day. The US is number 15 in the ranking, with China being number 119, with ‘only’ 0.121 kg per person per day. So it looks like China is not doing so bad internally when it comes to educating its citizens. Much more plastic pollution education is needed, especially in the Caribbean and Europe.

So what’s the issue with throwing plastics away?

Well, to put it into perspective, a plastic bag takes 20 years on average to disappear, according to the World Wildlife Fund – WWF. Plastic straws – which have been a recent target by environmentalists – take 200 years to decompose. No wonder why you should stop using them or switch to reusable ones, like metal or bamboo ones. Have a guess at how long a plastic bottle takes to disappear. It’s more. It takes 450 years. That’s why you should stop now buying plastic bottles. The worst? Toothbrushes, disposable diapers and coffee pods take 500 years to decompose. Yes, those little fancy, colourful coffee pods. Nespresso alone sold more than 20 billion units since 2000. 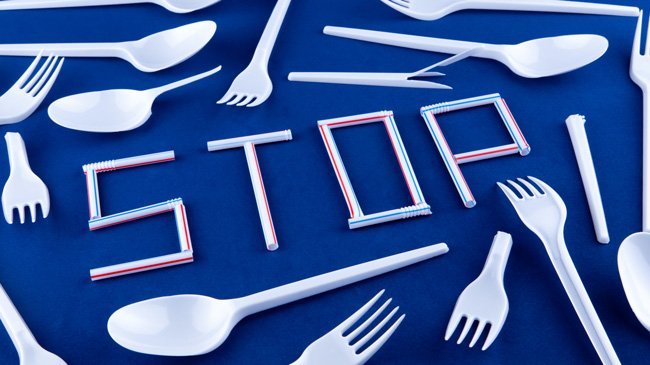 And the problem is not the plastic itself. It has a tremendous effect on climate change. In 2015, plastic production and incineration generated 0.7 billion tonnes of CO2. According to the Center for International Environmental Law, this figure will rise to 2.75 billion tonnes of CO2 by 2050, if we don’t change things.

What can you do about plastic pollution?

There are lots of environmental movements going on, and some of them really have the power to make a difference. As usual, think global, act local. Friends of the Earth are collecting signatures for a petition asking the UK government to create a plastic law that really puts end to the plastic pollution issue. 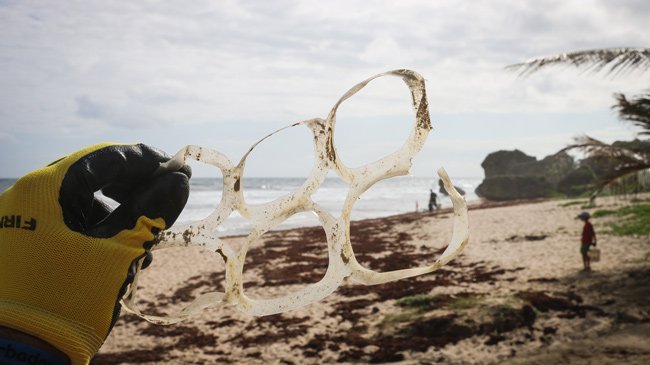 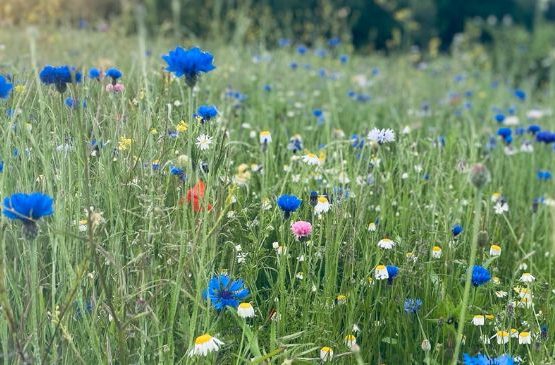 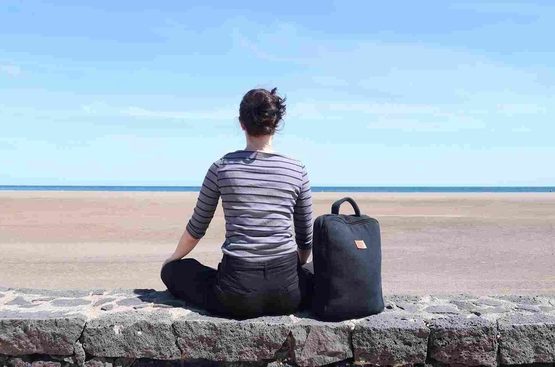